We spent two days in Ucluelet. Groceries, propane, diesel, water and laundry were taken care of. We did get to go to the aquarium where we learned more about the sea life we had been looking at in tide pools and while rowing around islands.

We left Ucluelet early Saturday morning. We were heading to Jacques Island, which is in the south eastern corner of the Broken Group. We had been told of a good spot to anchor there. It was another overcast day with very low clouds and some fog.

After lunch we launched the dinghy and rowed around Dempster Island. Click on the picture to get a larger image.

Close up of the rocks. 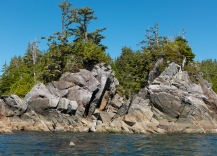 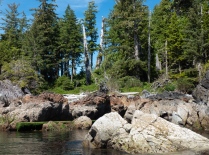 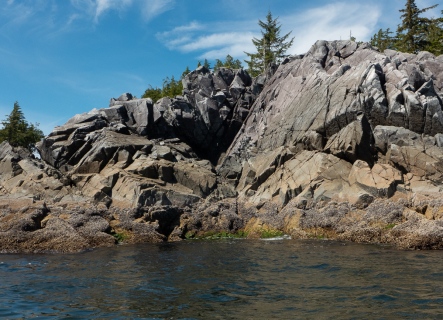 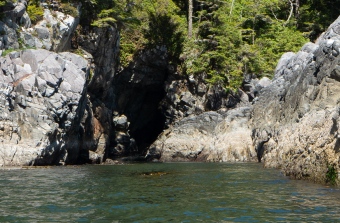 Cave in the rocks.

The sea stars are coming back.