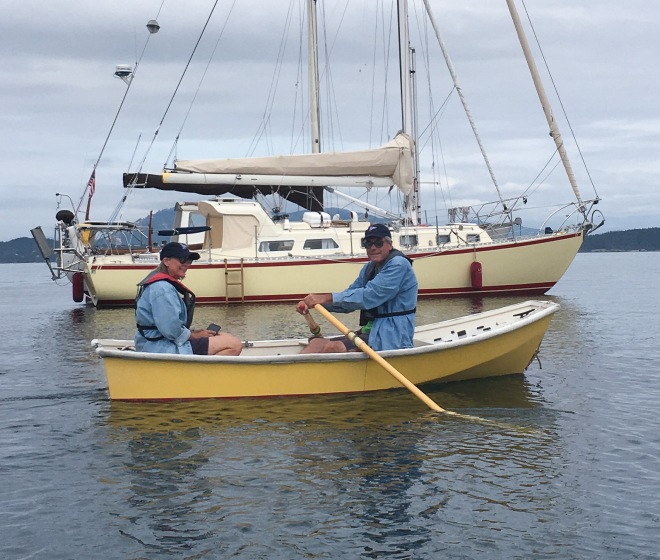 This drawing shows the layout of the boat. 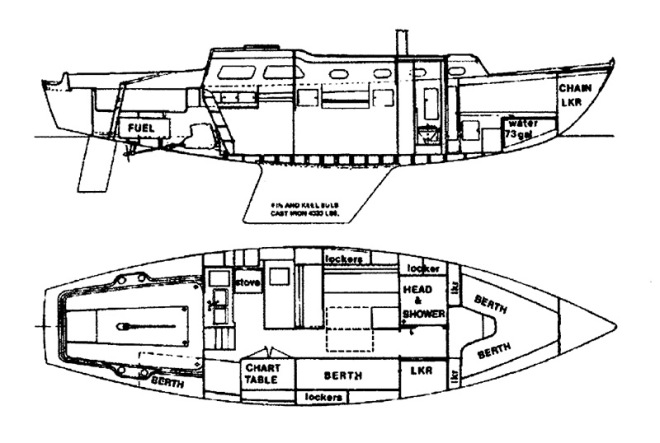 Yacht Constructors started building fiberglass boats in 1954. Their first sailboat was the 34′ Chinook. The naval architect Robert Smith was hired to design the latter Cascades and his third design was the Cascade 36 which came out in 1967. Smith was known for designing fast boats. Raindrop, a Cascade 36, won the Pacific Cup race from San Francisco to Hawaii, in 2008. Many Cascade 36s have made long voyages and several have circumnavigated the world.

Our dinghy is a Danny Greene Chameleon. It is a nesting dinghy, it splits in to two halves to stack on the fore deck. I built it out of 6mm plywood and epoxy.